Polarimeter Simulator was first created for an A-Level Chemistry project at my secondary school, Emmanuel College.

We were tasked with creating some form of demonstration of how a polarimeter works to detect optically active substances, and I chose to do this in simulator form. The project remained unreleased for quite some time, but I have now decided to publish it so others can use it. I intend to update this program further in the future, as it is quite basic in it's current form.

It was originally written in VB.NET as this was the language I knew most at the time, but it has now been rewritten in C# for Version 2. The programming style is still far from perfect as it is a pure translation into the new language and I was not very skilled when creating this back in 2018, a more optimised version will be released in the future.

The released version below is Version 2. It is the same as the program handed in for the project at school, but with the Emmanuel College branding removed and rewritten in C#. 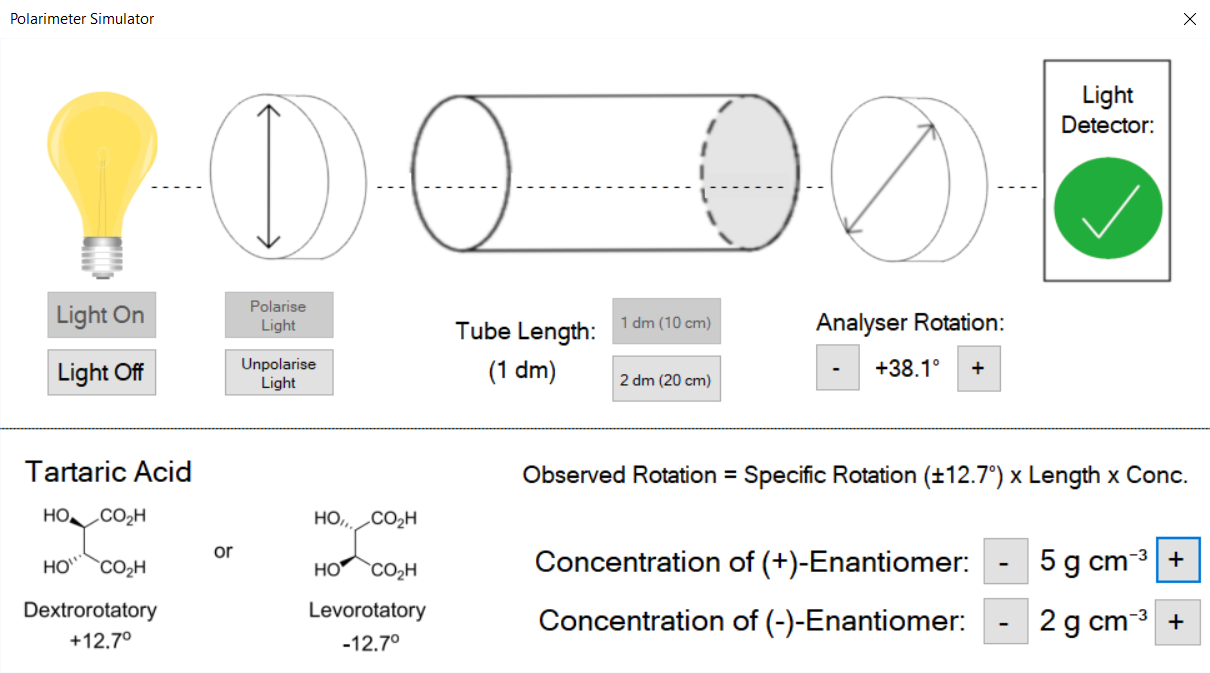 This software is provided FREE for PRIVATE USE on home computers. No liability or warranty is provided. It may not be modified or distributed* without prior permission.

* Should you wish to use this in a classroom demonstration or distribute onto an educational network, please get in touch.

Some antivirus software, such as Avast, may falsely flag this software as unsafe. If you are an educational institution wishing to use the software (as outlined above), I would be happy to supply the source code for security purposes.